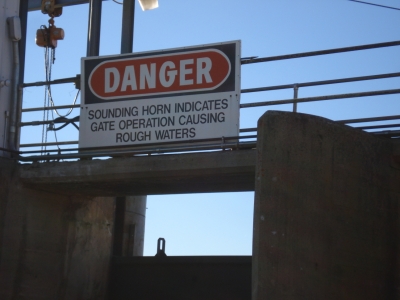 When I started Ask Little Falls last October (2014), the intent was to ask the citizens of Little Falls, MN, open-ended questions about the community in order to allow for discussions that would hopefully improve life in the city. I was hoping to hear from voices that we don’t typically hear on the community stage.

While I’ve received some feedback (thanks to all of you who have left comments!), there hasn’t been enough to represent a good cross-section of residents. I also heard from someone who said I should shut down the blog because no one was reading or commenting on it. At that point I shifted focus away from straight questions to providing commentary on life in the city as I see it. (It is by no means the only valid viewpoint of the community.)

It may not be obvious from the comments, but Ask Little Falls does have readers. Privately, people have told me they read it and have provided a number of reasons for why they won’t leave comments. It boils down to a fear of backlash, which keeps people from speaking publicly in any forum.

In a small town, backlash is very real. Your organization (business or nonprofit) may be ostracized and ignored. Personally, you might be called uncooperative and a crank. People may shun you for speaking up. It’s an ancient fear. When shunning meant casting someone out of a village, survival was at stake for the person being shunned. We don’t want to be cast out of the village, so we say nothing.

Believe me, I have dealt with no small amount of fear in operating this blog. I mull posts over thoroughly, choosing my words with care. Having been a blogger for the past 9 years, I have encountered trolls of a serious (as in making-personal-threats serious) nature. I have also dealt with backlash due to speaking up in other forums. Why don’t I just shut up? Go away and live my life quietly? Stop fretting about how Little Falls operates?

Because that’s exactly what those in power positions want citizens to do. Allow them to direct community affairs unopposed, as they see fit, whether it’s good or effective for the citizenry or not.

Wouldn’t it be great to have a benevolent dictator who could find a way to make everyone happy without anyone else lifting a finger?

(That doesn’t mean becoming an annoying pain in the tuchus by getting grumpy about every petty little thing. Choose your battles carefully.)

If more of us had the courage to speak, fewer of us would be ostracized or shunned. If one person complains, it’s easy to shut him out. If 100 or 1,000 complain, not only is it practically impossible to shun them all in a town the size of Little Falls, the din of the collective voice is bound to be heard.

(No questions this week. Feel free to leave a comment about whatever is bothering you in Little Falls. And if fear has your tongue, remember that you can use a fake name when you leave a comment.)

15 thoughts on “The Fear of Speaking Publicly”