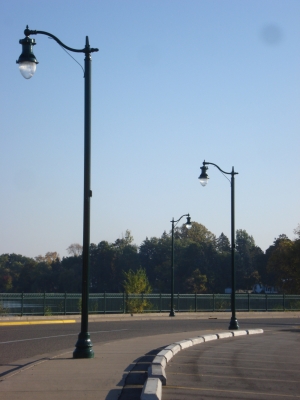 I found another bad news listicle this week, this one from RoadSnacks ranking the 10 worst places to live in Minnesota. While Little Falls did not make the top 10, it was listed at 15.

Bob Collins from Minnesota Public Radio’s NewsCut blog replied to this bad news list writing, “Data don’t lie, but the choice of what data to include and exclude lies all the time.” He points to a response about the RoadSnacks article by Aaron Brown of the Minnesota Brown blog, which says that “What RoadSnacks.net did was look for the lowest population densities, highest unemployment rates, lowest median incomes, highest housing vacancies, lowest expenditures per student and highest student teacher ratios, coupled with highest crime rates per capita.” In its rush to look for the worst about Minnesota’s cities, RoadSnacks did not off-set these statistical measures by any of the positive measures.

When we examine Little Falls in order to improve the community (and, as we can see from the RoadSnacks list, it appears that every community could use some improvement), we have to make sure we analyze the negative, the positive, and the neutral.

While the RoadSnacks article indicates that someone somewhere is doing some kind of analysis of Little Falls, even if it’s just for the purposes of link-bait, how much of that in-depth analysis is actually done by those of us in the city for the city? If we don’t measure what is going on, how do we know when we’ve affected change? Or whether the actions we take are having a positive effect on Little Falls?

There are a number of trustworthy sources for data on the community, including the U.S. Census, the Economic Census, Minnesota State Demographic Center, Minnesota Department of Revenue, and Minnesota Department of Employment and Economic Development. Here’s a 2013 study on County Health Rankings for Minnesota from the University of Wisconsin Population Health Institute. The DNR even keeps data on tornadoes and the Minnesota Pollution Control Agency tracks recycling in the state.

The point is, there is data out there and available for use in analyzing Little Falls. Rather than saying, “That’s interesting,” and going back to our hectic lives, why not figure out how to make that data work for us?

Intuition can tell us a lot about a community, but without digging into the numbers, we can happily delude ourselves into thinking things are changing … or NOT changing … and not know for sure.

What is your favorite source for data about Little Falls, Morrison County, and the State of Minnesota? Please share in the comments.